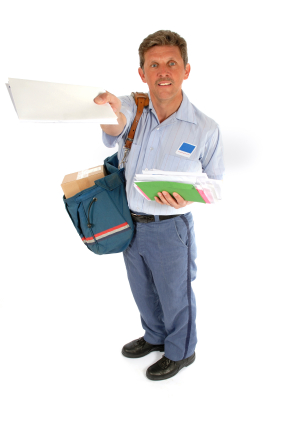 If Jesus wanted to write a letter to the Church in your city, what address would he send it to?

How many times has someone come to you with a sure-fire plan to take your city for God and all it requires is that you and every other leader needs to sign up and put the money down?

The solution to both of these questions can be found in the biblical example in Acts 13:1-3 where we read about the spiritual leaders in Antioch who set apart time together in the Lord’s presence. It was as they worshipped and fasted that the Holy Spirit spoke to them about the next major step forward. “Set apart for me Barnabas and Saul for the work to which I have called them”. Then they fasted and prayed some more before commissioning them to a new apostolic work that we know as the First Missionary Journey.

Over the years I have had the blessing of sitting in these kinds of settings and to see how capable the Holy Spirit is to speak and commission significant new initiatives. In fact I would say that almost every lasting spiritual forward movement that I have been a part of in the last 20 years came out of extended times of seeking the Lord together. I can remember in 1992 when leaders in Toronto met quarterly in what we called “Days Apart” to worship and pray for breakthrough. The city-wide church effort came out of that season. Those leaders committed to more frequent time together after a major move of the Holy Spirit fell on Toronto in early 1994. We met weekly for the next 5 years. Often we arranged our schedules for more extended retreat times. Nationally, groups like Watchmen for the Nations and Canada in Prayer were also organizing similar environments so that leaders from across the nation could come together to listen corporately for the Lord’s instruction.

The beauty and elegance of this very biblical approach is that it saves time in the end. When you have a large group in the same room and they all agree that the Lord has shown a clear path forward, then you don’t have to spend hours visiting each leader trying to convince them that the Lord really has spoken to you.

I especially love it when there is a great variety of leadership personalities and theological traditions in the same space.  I can remember facilitating a couple of annual leadership retreats in Halifax a few years ago, with over 50 people in the room from Catholic to Evangelical to Charismatic types. After a time of quietness and listening we encouraged people to share what they felt they had been shown in the previous few minutes. No old manna was allowed. People were forbidden to share what they received the previous week, preached on in their last sermon, or even read in their devotional time that morning. We were only looking for the spontaneous revelation that had come in the season of listening that had just happened. (Sometimes this kind of rigorous discipline is essential if you are going to refine the group’s ability to hear in unity.) One by one people shared. Someone had a verse, another had been given a flashback memory, others had “heard a word”. We all wondered at how clearly the message was the same to each person. We praised God that He made it so easy to hear his voice. I was pleased to see that they also followed through when they got back to the city. By the next year I heard tangible reports about how their corporate obedience was producing fruit and giving them joy.

Though we are often asked to facilitate leadership days and retreats, by far my favourite kind of meeting is when I’m told, “we just want to take some time away to get into the presence of the Lord and hear His heart for our city.” God loves this! So often we don’t bother to ask Him what He thinks. We don’t look to Him for the next step of His plan, and then we wonder why it is so hard to reach our city for Christ. We can’t do it until we learn to hear his voice together.

“Unless the Lord builds the house, the builders labour in vain. Unless the Lord watches over the city, the watchmen stand guard in vain.” Psalm 127:1